Don’t we all want a perfect wedding?

One of Duolingo’s favourite sentences to throw at me to translate (I’m trying to learn Italian) is this one: “I want a perfect wedding.” Another is “Are my shoes electric?” for some reason, but I digress.

Every time I have to translate Voglio un matrimono perfetto, I twitch a little at the casual but crushing pressure on soonly-weds to create an unattainably perfect day, whatever that means for them.

I have heard of a wedding that did run precisely according to the times in the meticulously prepared to-the-minute spreadsheet, but I only did the wedding dress alterations and wasn’t there on the day. The bride admitted that such was the fastidiousness of her planning in Excel, the wedding could have run without her being there.

So, I will say here what I tell all my customers who’ve fretted to me about things not going to plan on the day: I have been to a LOT of weddings, and have yet to go to one where everything ran exactly to plan, but I have never been to a bad wedding either.

I’ve seen the vicar forget the bride’s name, the best man get so drunk that he had to be held up by the bride’s parents to give his speech and the evening disco not show up.

And I include my own wedding in that. Booked for the 9th of August and taking place in a glorious lakeside location, we planned the entire day around being outside. We bought lawn games, booked a bouncy castle and a bungee run, planned reportage photography of leisurely walks around the lake, chose cream rather than dark suits for the groomsmen to thwart the beating summer sun, and included a sachet of SPF50 suncream in the bag of home-made rose petal confetti on each seat, lest the entire congregation be wiped out by sunstroke before we could cut the cake and cut to the disco.

You’re probably way ahead of me, and yes, despite glorious sunshine the day before and the day after, it absolutely dicked it down on our wedding day.

But – and I can’t stress this enough – it was still the best day EVER.

We turned the bouncy castle and bungee run away on arrival, the lawn games stayed in their packaging and my bridesmaid exemplified next-level selfless friendship by holding her umbrella over me, the bride, while her freshly straightened hair succummed to the rain. But huddled in the bar sipping cups of tea instead of iced drinks in the sun, we didn’t care. The day unfolded in raucous laughter, eating, drinking, dancing conversation and love.

We were surrounded by our favourite people and we had just got married. Which is exactly the point. If you end the day married to the person you intended to, everything else is just detail.

Nearly fifteen years, two children and a house move later, I still find the odd, unused sachet of that suncream every now and then. 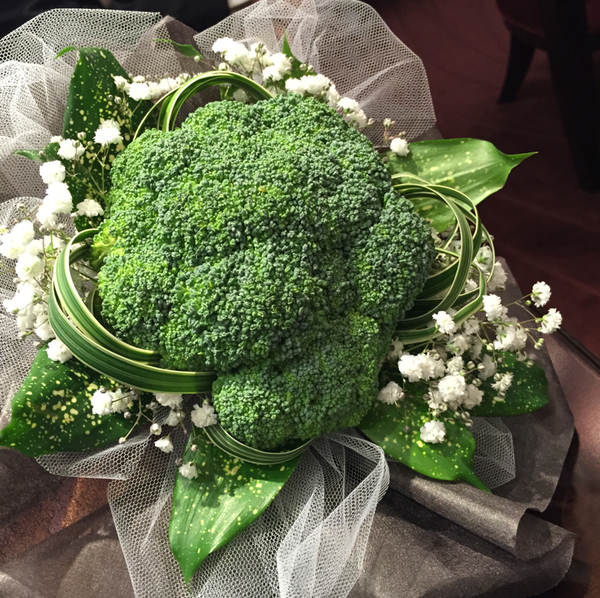 I didn’t attend many weddings when I lived in Japan 20-odd years ago and only found out today that the traditional Japanese bridal head-dress, tsunokakushi (角隠し), literally means HORN CONCEALER!

It was/is believed to hide the bride’s “horns” of jealousy, ego and selfishness, and is a sign of her commitment to be a gentle and obedient wife.

With the gorgeously ornate tsunokakushi worn by brides now, I imagine (read hope) that the origins of the tradition are somewhat lost, and wearing one is now more an aesthetic decision, much like the western wedding veil. But that’s for another blog post.

Either way, take this as another reminder that the world is full of wedding traditions and you only have to follow the ones that work for you. Traditions are just peer pressure from dead people.

Photo from M’s One beauty salon (coincidentally in Gifu, my nearest city when I lived in Japan) via Wedded Wonderland 😈

I received a press inquiry this week asking whether couples should coordinate their wedding outfits. This question both resonated with and rankled me.

It was a well timed question; this week alone I’ve been working on coordinating outfits for three couples and it’s certainly something I’m seeing more of, for different reasons.

That said, my couple planning their traditional white wedding are also incorporating the same fabric for elements of their outfits. In this case, the bride is wearing a hooded cape and the groom a bowtie in the same pale pink velvet.

The third couple are both wearing black with custom embroidered motifs that tell each of their stories.

Now for why the question rankled. First, being for a western publication, it was inherently western-focused but this excluded the cultures and traditions of other countries that are honoured here, such as my British-Ghanaian couple.

I also (politely I hope) asked the journalist not to forget weddings involving two grooms, two brides or non-binary couples who I also see coordinating their outfits, probably more so than heterosexual couples.

And finally, the classic word “Should.” I don’t like to see “should” in any question about weddings, other than that the couple should love each other and should wear whatever the hell they want, matching or not. 😊

NB photos are not of my work or couples; their weddings are still to come so the details are top secret!